The Postdoc Academy for Transformational Leadership is launched!

Stuttgart, 10.10.2018 – The Robert Bosch Stiftung launches Postdoc Academy for Transformational Leadership with four leading academic centers in Europe: an educational programme designed to train the next generation of leaders in sustainability and transformation research.

With the Postdoc Academy for Transformational Leadership a new funding program for young scientists from Europe was launched today in Berlin. The program, initiated by the Robert Bosch Stiftung GmbH, enables postdocs working on the subject of sustainability and transformation at European research institutions to broaden their transdisciplinary research and leadership skills.

The aim of the new funding program is to qualify the next generation of leading sustainability and transformation scientists and to support them in their careers.

Program
The first program cycle of the funding program is focused on “Food Systems and Food Sovereignty”. Today’s kick-off at the IRI THESys of Humboldt-Universität zu Berlin will bring together the first twenty participants, including postdocs from the USA, China, and Mexico who are currently conducting research in Norway, Poland, and Germany. 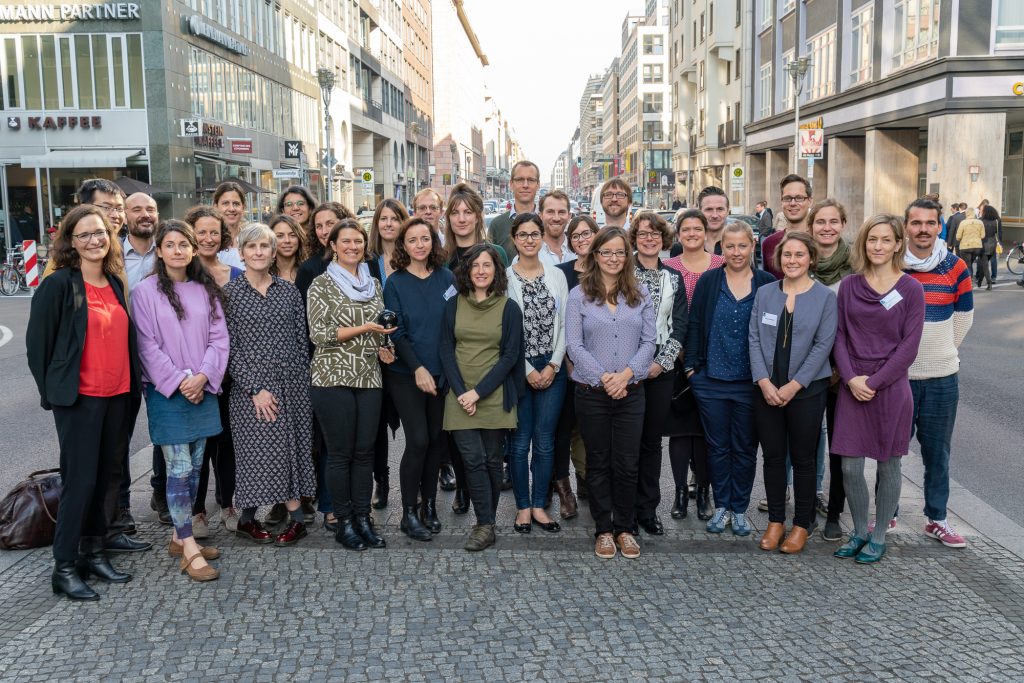 Over the next two years, they will participate in four intensive high-end trainings. Each seminar will take place at one of the four academic centers and focus on their respective expertise. The program also offers seed funding to small groups of participants, who plan to initiate research collaborations. In addition, an active network of current and former participants of the program will be established.

The call for proposals for the second round of the program will be opened in December 2018.

Goals
The goal of the Postdoc Academy for Transformational Leadership is to qualify excellent, dynamic scientists who can lead interdisciplinary and transdisciplinary teams and academic institutions successfully. In addition, the academic partners want to contribute to greater recognition of inter- and transdisciplinary research in academia. Applicants should aim for a scientific leadership position and see themselves as academic “intrapreneurs” who actively shape and further develop their own organization through a sense of ownership, self-responsibility and transdisciplinary thinking. The next application phase is scheduled for December 2018.

About the Robert Bosch Stiftung
The Robert Bosch Stiftung is one of the major foundations in Europe that is associated with a private company. In its charitable work, it addresses social issues at an early stage and develops exemplary solutions. To this end, it develops and implements its own projects. It also supports third-party initiatives that fit well with its goals.

The Robert Bosch Stiftung is active in the fields of health, science and research, society, education, and international relations. In the coming years, it will also increasingly focus its activities on three main areas:

The Robert Bosch Stiftung is committed to the values and ideals of its founder, Robert Bosch, and is continuing his philanthropic activities. With more than 50 years of experience, the foundation has acquired a broad range of expertise in its areas of support, the qualification to develop solutions, and an far-reaching network of partners, experts, and practitioners.

We’re always
happy to talk
to you

Stay up to
date about
what we do