The TRAFIS project investigates the development of climate resilient and sustainable infrastructures through the lens of transformation research. Last September, an expert workshop was organized to discuss challenges for and the key factors influencing the development of coupled infrastructures . In this blog, DRIFT-researchers Katharina Hölscher and Julia Wittmayer elaborate on the outcomes.

Scroll down for the German version of the blog.

In the context of the TRAFIS project, DRIFT researches together with IOER, Ecologic Institute and BTU Cottbus innovative coupled infrastructures in Germany. Coupled infrastructures include, for example, the coupling of energy and heat generation with sewage water heat or server heat to tap into new energy sources, establishing intelligent energy grids for energy distribution in line with production and demand, and private car sharing via an internet platform.

Through meticulous case study work, we have analysed the development pathways of nine coupled infrastructures, including key factors influencing their development and the activities by which key actors dealt with these factors. We also critically reflected on the sustainability and transformative potential and impact of the coupled infrastructures. The main aim was to formulate recommendations for policy actors as well as for planners and operators.

In the course of the development pathway of a coupled infrastructure different kinds of influencing factors open up possibilities or pose constraints for its further development. These include regulations and conflicts of interests which may delay planning and the start of the operation. Specifically the creation of a healthy financial basis for the installation as well as a competitive and profitable marketing of the services are key – a majority of the analysed coupled infrastructures were supported by investments on EU- and federal level. The role of users is especially vital when the installation and/or use of the coupled infrastructure requires behavioural change (e.g. private car sharing), technical modification (e.g. to hydrogen fuelled cars) or new knowledge (e.g. as for the use of smart home technology).

The expert workshop served to validate the research results regarding challenges, key factors and action opportunities with the scientific board and the funding partners (the German Environmental Agency/Federal Environment Ministry). The discussions revolved around a number of cornerstones to strengthen the role of coupled infrastructures for sustainable development, which we would like to share below.

To support the positive impact of coupled infrastructures, it is on the one hand necessary to critically reflect on their actual sustainability impacts by mirroring them along existing societal guiding visions. On the other hand, there is a need to sharpen and integrate political framework conditions. Especially finding the funding base, enabling competitive pricing and identifying profitable business models for coupled infrastructures are challenging. Existing technical possibilities, e.g. for sustainable energy provision and storage, are put into drawers due to technical and organisational path dependencies and missing investment incentives.

It was considered the responsibility of the federal government to remove central barriers; for example the costs of CO₂-emissions and primary resources are currently too low and thus leave coupled infrastructure options as non-competitive. On the contrary, currently counter tendencies emerge which limit profit opportunities, such as the fact that the renewable energy reallocation charge for hydrogen needs to be paid and that the returns on equity in communal power grids were reduced. 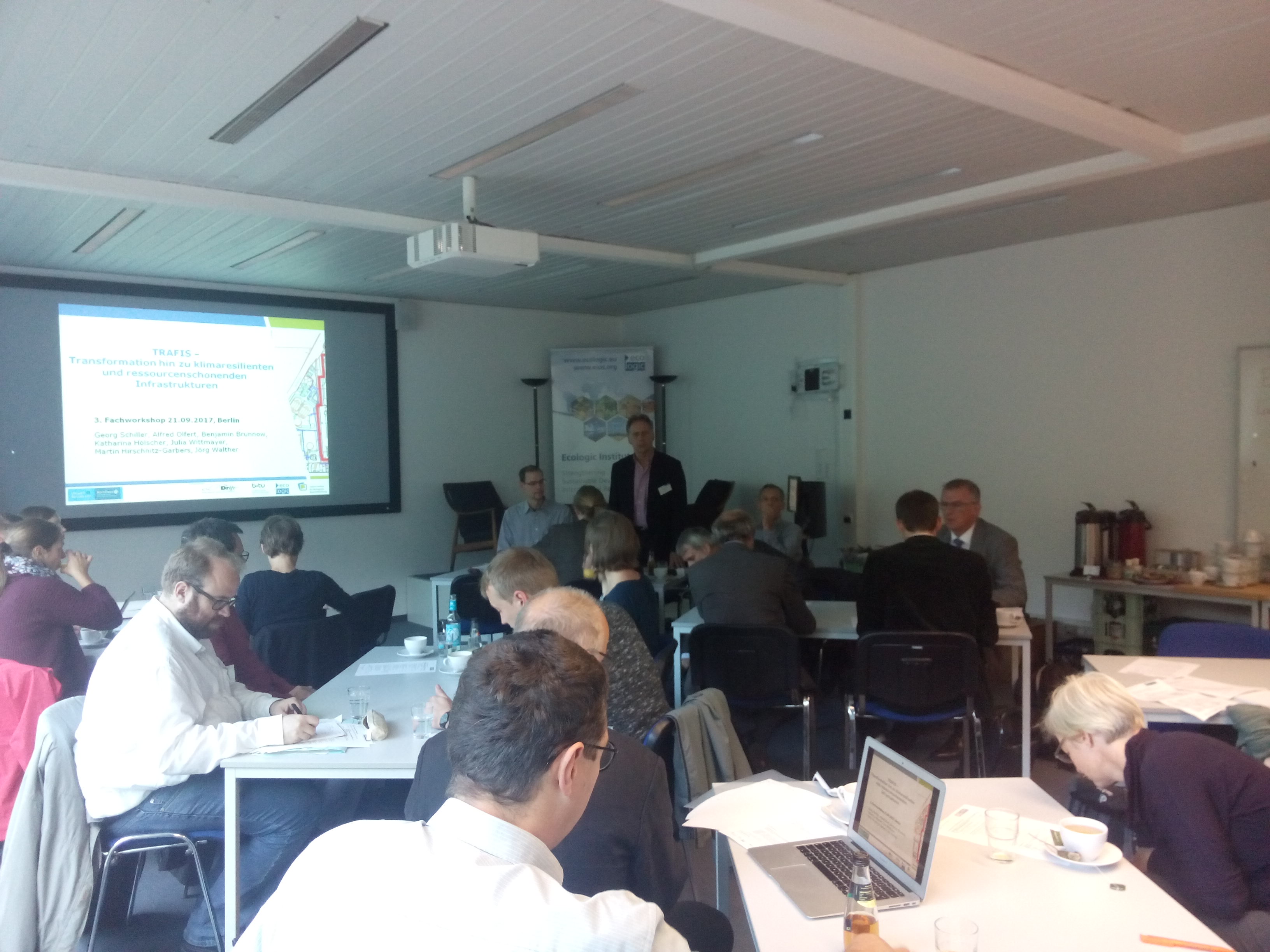 Scandalisation effects and (dealing with) risks in security of supply

Scandalisation effects were mentioned as an essential barrier for the development of innovative coupled infrastructures. Out of (political) fear of accidents or an interruption of services there is not enough investment for experimenting with innovations. Especially related to the Energiewende, the debate about security of supply is highly politically coloured. While security of supply seems self-evident in a country such as Germany, the coming nuclear phase-out – the deactivation of all nuclear power plants by 2022 – does challenge exactly this. Against the background of possible interruptions and risks, we discussed during the workshop the ‘black start capability’: If there is no electricity supply there are only specific (parts of) power plants that are in a position to start autonomously (without external energy supply).

The federal German government was asked to pro-actively name the challenges and risks that are connected to the nuclear phase-out instead of turning a blind eye. For example, it was flagged that not there is not enough attention to emergency plans, such as the provision of water and electricity through local public service institutions in case the central supply gets interrupted. There was also the demand to make the security of supply economically worthwhile rather than considering it as something self-evident. For this, new standards need to be developed, such as measuring the performance of infrastructures along future challenges (rather than along past indices).

The role of communal actors, such as public service institutions

Eckardt broadens the role of the service institutions to “not get stuck in today but also include tomorrow” and experiments with fostering e-mobility or supplying fast internet. It was demanded to redefine the responsibilities of local actors and for the federal government to play a more explicit role in that. The latter should also seek more contact with local actors such as public service institutions.

The central role of networks for the creation of innovative coupled infrastructures and the common achievement of complex sustainability goals such as the Energiewende was discussed during the workshop and also highlighted in the comparative case analysis. Firstly, this central role relates to the increase in the number of actors that play a role in the supply of services in the context of the Energiewende: instead of a handful central suppliers the future of service supply will include numerous actors at different scales with various interdependencies.

Secondly, the interdisciplinary context of coupled infrastructures, where different fields and resorts work together necessitates new means of communication to establish trust and mental proximity. Thirdly, such networks are needed for the exchange of knowledge and interests, e.g. between research and practice and between federal, regional and local governments. Numerous networks of this kind exist, such as fora for local governments or professional associations. Missing link that were flagged were those between local actors and regional energy agencies or the links between federal and local actors. 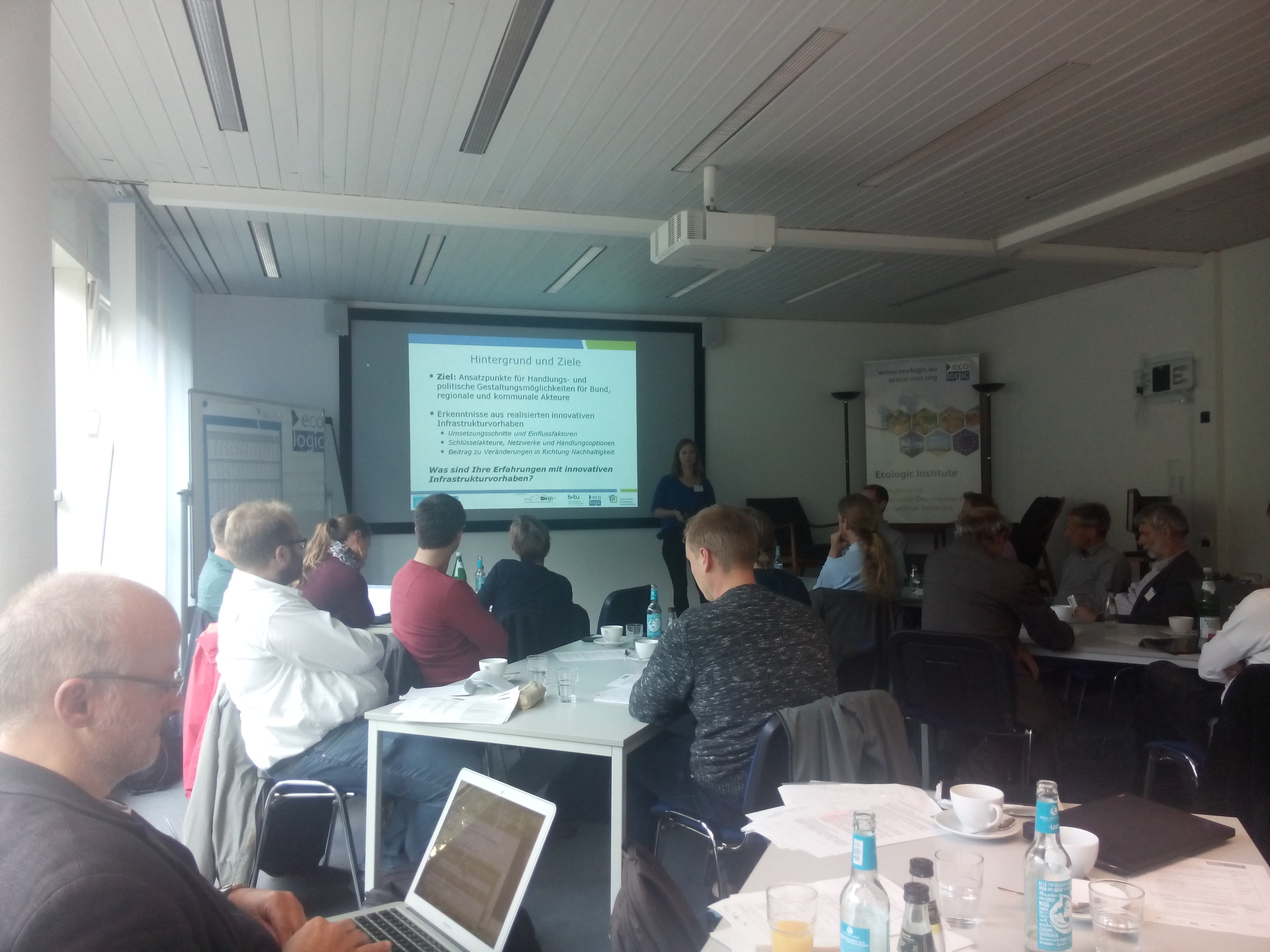 Taking up the metaphor and considering that working with coupled infrastructures indeed is sailing close to the wind, a key challenge is that ‘breaking a mast’ should not lead to one drowning all alone in the wide ocean. Rather, it was called for a context in which it is ok to take risks, experiment and make mistakes and to learn from them. Indeed, making mistakes was considered necessary in order to accelerate the developments to the extent needed for the Energiewende to succeed. Especially ‘soft instruments’, such as supporting networks, increasing the visibility of innovations and knowledge exchange and communication were discussed to entice people on a broad scale with sustainability thinking and to convey ‘best practices’.

However, also ‘hard’ instruments were highlighted, such as the necessity to internalise costs of CO2-emissions and to increase costs of resources. A central element was the idea that sustainability needed to be thought as something in the long run, future oriented and integrative. 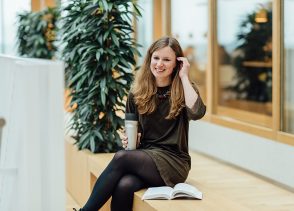