Transitions need many social innovations as well as technological innovations. These come not only from the market and government, but also from the community. Social innovations require an outlook that goes beyond the ‘triple helix’ – the traditional collaboration between government, knowledge institutions and business. This provides ample scope for innovative forms of social entrepreneurship and cooperative civic initiatives.

This is the second DRIFT guest essay for the Amsterdam Economic Board, first published on amsterdameconomicboard.com. Authors are Gijs Diercks and Flor Avelino (working for DRIFT at the time of writing, now a professor at Utrecht University).

To address today’s environmental, economic and social challenges, technological innovation is necessary, but not sufficient on its own. We cannot solve these persistent problems without addressing the underlying systemic causes. These systemic causes are not only technological but also socioeconomic, such as institutional injustice, exploitation and inequality.

Sustainability transitions therefore require social innovations in addition to technological innovations. If we take the example of transitions toward a circular economy, this is not only about new materials and production methods, but also about new practices such as product sharing, new ideas and social norms, like ‘waste-free living’, and new, services-dominated business models. Here, companies do not provide a product, but a service, for which they are responsible throughout the life cycle. In short, social innovation is about new ways of thinking, doing and organising.

With this, social innovation is closely linked to the renewed focus on the social aspects of sustainability transitions. Ecological sustainability goes hand in hand with the quest for a more democratic, inclusive and just society. This concerns not only a normative position of ours as transition researchers, but it is also something that current and new generations, including the employers and employees of the near future, are increasingly demanding. At a time of increasing attention to racism, gender inequality, abuse and other forms of exclusion and inequality, no organisation can afford to consider sustainability in isolation from these issues.

From this perspective, it is also interesting to see who is driving social innovation, as it has several drivers. In addition to government, large market players and knowledge institutions, there is a rich world of collective action in the community and civil society. For example, we are currently witnessing the rise and revival of cooperative enterprises. Historian Tine de Moor talks (in Dutch) about three waves of institutions for collective action over the past 1,000 years. Currently, we seem to be in the midst of that third wave, with a recent resurgence of civic initiatives and collective action at the local level. Take also the energy generation in cooperative associations, where the consumer is also a producer.

Not only do many social innovations arise from ‘civil society’, it also leads to new innovative kinds of organisations that operate as alternatives to – and/or hybrid combinations between – community, market and government. Think: heat grids owned by a combination of public, private and cooperative parties (link in Dutch). Or the increase in social entrepreneurship and social investment, combining public interest with a commercial logic. One example is the Impact Hub Amsterdam. It has supported more than 4,000 startups since its inception in 2008, is a leader in driving the Circular Economy and has invested more than 15 million euros in circular startups through its Investment Ready Program. It also helps existing businesses with their sustainability issues, such as IKEA. In doing so, the Impact Hub is working with partners like ING Foundation, Province of Noord-Holland, CIRCL and many others. With the City of Amsterdam, the Impact Hub is developing an innovative urban ecosystem.

In addition to these interesting hybrid forms, there is another important aspect at play: although these initiatives are often embedded locally, at the level of a (sub)community or as a citizen collective, they are often interconnected on a regional and global level in regional, national and/or international networks. In those networks, people exchange ideas, practical experiences and methods, and create scale and power in entirely new ways. Here, the logic of multinational companies does not apply, but translocal networks.

For example, the Impact Hub Amsterdam is part of the global Impact Hub network in which 24,500 entrepreneurs in 107 locations in 63 countries are working together to create a more sustainable and social economy. And so there are hundreds of examples, if not thousands, of this kind of ‘trans local networking’ (check here). What about the European network of energy cooperatives RESCOOP? They’re lobbying at a European level to introduce Energy Directives for national policies, creating more space for decentralised and renewable power generation.

Blind spot of the triple helix

The power and impact of this new collective force from the community, innovative hybrid organisations and translocal networks is still too often underestimated. The reason is because they fall outside the traditional framing of the ‘triple helix’: the public-private partnership between governments, knowledge institutions and companies that has long been seen as the main driver of innovation in a region. We also see this with the Amsterdam Economic Board, which focuses primarily on the triple helix and thus has some blind spots for those who want to drive truly transformative innovation to accelerate transitions and provide direction. Why shouldn’t a company like the Impact Hub also be a serious partner of the Amsterdam Economic Board? Or a networking organisation like EnergieSamen?

We see that an organisation like the Amsterdam Economic Board has excellent potential to play a facilitating and sometimes mediating role in exploring possible new forms of cooperation in that changing playing field and force field. While it is understandable that the Amsterdam Economic Board cannot engage with every social entrepreneur or every cooperative in the Amsterdam region, it does have the opportunity – and, in our view, the responsibility – to collaborate with (and/or listen carefully to) the networks and platforms that speak on behalf of these types of cooperative and social entrepreneurial movements, including partners like the Impact Hub, RESCOOP or an initiative like Collectieve Kracht. In doing so, the power of Amsterdam Smart City – as a programme of the Amsterdam Economic Board – can be even better utilised as a locally rooted but internationally connected network, where connections are created between the various private, public and civic parties. This is a role that Amsterdam Smart City already regularly assumes, for example, by putting the concept of Mobility as a Commons (shared mobility by and for residents) on the agenda during its annual transition days. Even in its initiatives, the Amsterdam Economic Board sometimes works with civil society organisations, such as its collaboration with NGO BYCS in the Green Deal Bicycle. But it is a role it could shape much more explicitly, especially also in the connection with Amsterdam Smart City, as a counterweight to the dominance of existing large market players.

Networks such as Amsterdam Smart City have an important role in facilitating collective strength. For community-based social innovation to really have a chance, it also requires a paradigm shift in businesses and governments. For decades governments have invested in a healthy entrepreneurial environment with all kinds, grants, incubators or start-up-in-residence programs, innovation vouchers, innovative tenders, networking events to drive pre-competitive collaboration, etc. Imagine if we had invested similar time and resources over the past decades to drive innovative capacity from within the community? There is no shortage of initiatives. They do continually demonstrate the difficulty of staying afloat, let alone growing and scaling up. Innovating from within the community is continuously struggling with a lack of money, asking for institutional support and space, relying heavily on volunteers and not always being taken seriously, despite great results.

Businesses also need to flip the switch, and there are several worldwide examples of how businesses can closely engage with the community. A well-known example are the Basque Mondragon Cooperatives, a collective with a variety of enterprises in which workers themselves co-own the company they work for, such as Orbea, Spain’s largest bicycle manufacturer. A publicly traded company like Donkey Republic uses crowdfunding to both raise alternative capital and give users a more direct stake in the company. New organisational models of companies like Fairphone are equally inspirational. They deploy a platform of users for both tech support and repairs. In short, there are many ways in which businesses can harness the collective strength of the community much more effectively in the pursuit of sustainable and equitable transitions.

At the same time, the praise we proclaim here about social innovation must be tempered somewhat. We often think of social innovation as something positive, but that is not necessarily the case. At a deeper level, social innovation is about changing relationships between actors: consumers, producers and retailers, as well as citizens, administrators and businesses. Changing social relations are always accompanied by shifting power relations. Whether we like it or not, in times of great social transformation, power relations will change, and new forms of power inequality, exclusion and abuse regularly arise.

Consider the platform economy, and how new revenue models by Uber or AirBnB also lead to new concentrations of power and create problems for local and regional economies, both in social and environmental terms. Today, governments are already becoming less naive and more and more local governments are trying to regulate the platform economy by putting public values at the center. Thus, AirBnB no longer gets free rein in Amsterdam, and the rise of these types of parties has also made us think more differentiated and less naive about the ‘sharing economy’.

As a countermovement, we see interesting developments around platform cooperatives that seek to organise the platform economy in a more sustainable and equitable way, such as the AMdEX initiative, initiated by the Amsterdam Economic Board. It is developing a platform that facilitates fair, equal and open data exchange. The excesses of the platform economy show once again the importance of harnessing the innovative power of the community in innovation processes, as they help determine not only the speed but also the direction. A sharing economy based on cooperative values has turned out to differ fundamentally from a platform economy based on the venture capitalist model.

In the coming years, we will see a lot of social innovation in addition to technological innovation. It will speed up transitions but also give direction: sometimes fairer and more equitable, but regularly it will also lead to new forms of power inequality. And while this cannot always be avoided, it is a matter of being acutely aware of how power relations develop in innovation processes, and how to deal with it by naming it, adjusting it where possible and regulating it where necessary. To achieve this, we make the following three recommendations: 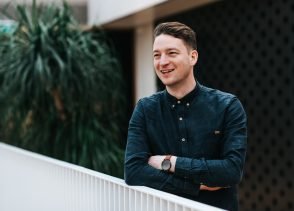