There is no consensus on what circularity means, which can slow down the transition to a circular economy, argues Rachel Greer in her PhD entitled “Governing the Transition to a Circular Economy”. Also, the focus is often on ‘flashy’ innovations whereas phasing out waste gets less attention. “To me, a truly circular economy means above all that you have to extract fewer virgin materials.”

This article first appeared on eur.nl.

If you live in Rotterdam, you probably have tried the highly popular bitterballen from Rotterzwam. They are made from oyster mushrooms that grow on used coffee grounds. For researcher Rachel Greer, this is a good example of what kind of innovation could fit within a true circular economy. “People will always drink coffee, and coffee grounds are not likely to be phased out so we might as well do something with them. Plus, these vegetarian bitterballen are a more sustainable alternative to the traditional meat version.”

What is circular?
Greer did her PhD on the transition from a linear to a circular economy. She sees that this transition is still in an early stage, despite the promising signs of circular experimentation, entrepreneurship, and research emerging in the past years. A recent report showed that the world is still only 8.6 percent circular. The Netherlands has set a goal to become completely circular by 2050. But what is circular? “There is not a common understanding or agreement in science and practice on what exactly that is. People need more clear navigation steps to get to that end goal”, she believes.

For her research, she conducted interviews with Ministry civil servants, managers, and entrepreneurs. To clarify that circular can be perceived in many ways, she gives the example of the Dutch construction industry which claims to be 99 percent circular. “This would imply very little room for improvement, but in practice, they mainly use rubble of demolished buildings as road foundation”, says Greer. Recovering and reusing rare metals and other materials from buildings and infrastructure (also known as urban mining), for example, has the potential to create a much more meaningful contribution to a circular economy.

Waste-resource paradox
Her research points out that attention and funding, are often drawn to the most ‘flashy’ innovations. “If a startup fishes out plastic that floats in the canals and turns this into 3D-printed couches, people find it very interesting”. Greer rather sees that the emphasis shifts to designing out the production of waste in the first place.  Innovations can even work counter-productively. This is a dilemma resulting from what she calls that Waste-Resource Paradox, as sometimes waste production gets incentivized as it becomes an asset: “If you recycle, you just slow down the production of waste. A truly circular economy to me means not just turning waste into resources, but to reduce the virgin material extraction of the earth in the first place.” It is one of seven circular economy paradoxes she covers in her research!

The transition from a linear to a circular economy to the PhD-researcher is a space where we see signs of destabilization of the current dominant linear practices, resulting from increasing pressures, which leads to difficulties and uncertainties because of a lack of clear rules, which can have even dangerous implications. Many scrapped electronics now get shipped to Africa and India where the metals and parts of these electronics are often separated by hand, without proper protection or laws for workers’ rights, leading to workers risking their health. Clearer laws would help prevent this. On the other hand, laws can slow down innovations as often it takes a long time to change them. In her eyes, there should be much more experimentation space.

There are still a lot of misconceptions and dilemmas related to the circular economy. To reach the 2050 goal, it is important to get people on the same page. To bring more clarity Greer developed a ‘Circular Decision-Making Tree’. This supports decision-makers in navigating circular decisions and considering their options and helps them understand how they can achieve the highest-quality contribution potential to circularity from an innovation.  “There is a gap between science and practice. This decision tree helps practitioners through a decision step-by-step and goes beyond existing frameworks like the R-frameworks of think: reduce, reuse and recycle.”

Gold transport
And to get back to Rotterdam where garbage trucks are driving around with golden paint and ‘Gold transport’ written on them. “Of course, that is an oversimplification but is a good sentiment to see waste as a resource. I would call it transport of bronze. Real gold would be phasing out waste.” 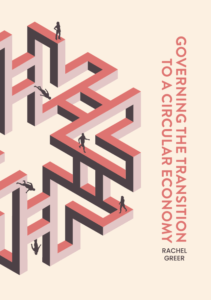 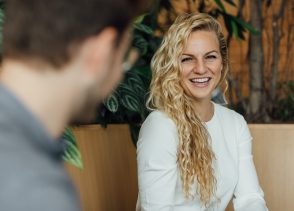