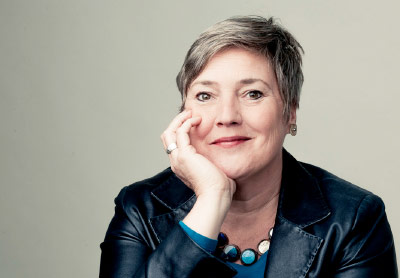 Sandra van Kampen is the founder and owner of De Schaal van Kampen (2015), a company which aims to accelerate the food transition. This is not the Richter Scale, but the Kampen Scale, with Sandra moving the needle by advising various initiatives, governments, companies, farmers, chefs, and small entrepreneurs. Her mission: a fair food chain for everybody, and not just the lucky few.

Van Kampen has fifteen years of experience working for large sustainability-focused organisations. She was there for the start of Urgenda, which in 2013 filed a lawsuit that forced the Dutch state to more effectively control emissions. She helped build the organisation and set up her own transition programme on food. She also initiated various other initiatives such as Dag van de Duurzaamheid, Urgenda-regiotouren, Peulenparade, en NieuwVers, and held various other transition-oriented positions.

Van Kampen has long been making a name for herself as a frontwoman of the food transition, having built a large network of innovative enterpreneurs, farmers, food writers, scientists, NGOs, and governmental organisations. She is driven by her vision that change cannot be forced from the top down, but has to come from the heart.

We’re always
happy to
talk to you