The circular economy is hot: politicians, policymakers, CEOs, entrepreneurs and NGOs alike are outspoken about its potential benefits and recognize the need to shift away from the dominant linear economy – with its polluting production, careless use of scarce resources and piling waste problems. Alternative practices and visions sprout widely. But the transition that is taking off can easily strand in a lock-in. To make use of the full potential of the shift to circularity, it is imperative to look beyond the ecological angle and include the social and political dimensions involved.

The transition towards a circular economy[1] is loaded with high expectations because sustainable consumption and production are considered to be at the heart of major global challenges, such as poverty and climate change. As stated by Swilling & Hajer: “The resource requirements and related climate implications are makers or breakers of any policy effort to reach the Sustainable Development Goals”[2]. The circular economy encompasses many sectoral transitions, such as energy, construction, mobility, food and consumer goods. It is clear the stakes are high.

‘Transitions at work’ was the theme of the World Resource Forum (WRF) that took place in Antwerp last February. Rather than talking about what is actually meant with circular economy, creating a shared understanding of the unsustainability (or brutality) of the linear economy or focusing on bold visions – ‘been there done that’ – the conference emphasized the need for solutions and everyday initiatives that bring the circular economy closer.

We agree with the importance of practical solutions, but the absence of the collective reflection on the unsustainability of the current system and on the direction of the transition also bares a risk. As Potocnik clearly put at the opening of the WRF conference: “It doesn’t help to walk faster if you walk in the wrong direction.” It may well be that the suggested interventions and solutions contribute to less bad linear systems instead of circular models that truly create positive social, environmental and economic value. To put the question in a playful manner: what would constitute a good, bad or ugly circular economy?

Unsustainability of the current system
A better understanding of the linear economy helps avoiding its reproduction. The circular economy can be characterized as disconnected, uncontrollable, growth-driven and disposable. This is exemplified by the take, make and waste model of the fashion industry.[3] During the WRF Conference Professor Saskia Sassen emphasized the violent and extractive faces of our modern linear modes of production and consumption. The mining and plantation logics that are still dominant lead to land grabbing, displacement and untamed pollution, rendering water and land inaccessible for communities that depend on those resources for their existence. Her examples show that the inclusion in the global economy is paired with disruption of local economies and local governance structures, both in the ‘Global North’ and (much more strongly) in the ‘Global South’. A system that overvalues financial capital, undervalues human capital and does not value natural capital. Due to these underlying systemic characteristics the issues in our economies persist.

Allow us to think of the ugly first. This is ‘solving’ everything without changing anything – valuing ‘grabbing’ over ‘developing’. The ugly would be our current system in overdrive which is illustrated best by Silicon Valley entrepreneurs who aim to start mining on the moon and elsewhere in space to be able to keep up with our ‘needs’. Or keeping it closer to home: deep see mining, already well-established in oil& gas industry and now under development for mining precious metals.

What would a ‘bad’ – less bad?  – circular economy look like? This is a circular economy that involves a change in practices, but that leaves the structures and cultures of the current system unchanged. For example a system that builds on the premise of financial growth and optimizing profit, whereby a handful multinationals own the raw materials while at the same time fulfilling their corporate responsibilities by paying carbon and resources taxes. Or a situation in which each producer tries to optimize and protect its own ‘cycle’, sub-optimizing the whole system,.. Or worse: linear solutions pretending to be circular. Examples are waste incineration with energy ‘recuperation’, ‘carbon utilization’, converting CO2 in products that will in a further step still be emitted to the atmosphere, downcycling of plastics or creating ‘crap cycles’ by converting waste into (part of) nice circular gadgets

And a ‘good’ circular economy? What if we value right to water, clean air, and land over presumed ‘right to pollute’ and the ‘right to exploit’? A true transition towards a new economy would involve a change in structure, culture and practices at the same time. This includes rethinking the paradigm of growth, ownership structures and the spatial scale of the production cycles. Around the world, we see examples that might be the seeds for this change: regenerative architecture, modular products designed for re-use, material banks, collectively managed platforms for sharing, and many more. This enables us to envision a connected and grounded economy that does not allow for ‘negative externalities’ and creates positive social and ecological impacts. In which, for example, access to production is democratized, commons form a central organizing mechanism, a declaration of material rights is respected and citizens are not primarily consumers but play an active role in the production.

The social and the political of circular economies
Thus in order for circular economy interventions to become transformative and part of a broader social cultural transformation, we should connect the story of closing loops to changing behavior and lifestyle, fair employment and the labor market, and welfare. Discussion on the circular economy should just as much deals with issues of power and justice, access and ownership, as with sustainable material loops.

Who owns what? To what extent do we organize the circular economy according the organizing principles of the state, the market or community? Who takes the lead in connecting material flows? Who is the owner of products and means of production? Do we organize this in a cooperative manner, do we introduce market mechanisms or do we regard is a public task? What is the relation between consumers and producers we envision in the future? Who is enabled and who is constrained to decide, to own, to participate, to add values? Which new dependencies are created and which are reinforced – between individuals, regions and/or countries? The answers to these questions are dependent on political preferences, conventions and existing power relations.

Now what?
To move to a true circular economic system involves experimenting and mainstreaming initiatives and solutions that are transformational, in the sense that they challenge, change and alter the status quo. We need to reflect on how these initiatives change existing and unequal dependencies, how they move beyond ‘cute’ and really contribute to systems change, how we can strengthen their political voices. We need to stop facilitating companies that makes profit based on polluting linear economic activities and instead focus on circular solutions that add social economic value locally. Finally, ‘the good’ also entails letting go of structures, cultures and practices that don’t fit with the circular future we desire. ‘Decoupling’ thus, but not referring to decoupling growth and material use, as is usually thought, but to decoupling our economy and the natural and social exploitation that is now deeply embedded in this economy.

[1]  A basic understanding of the circular economy involves the closing of material loops, while a broader understanding views it as all economic activities adding social, ecological and economic value – and acknowledging its interrelatedness. Think of agricultural activities that improve the water quality of an area or area development plans that promote the health of the local residents. Circular economy initiatives entail de use of renewable resources (e.g. sustainable forestry), design for reuse and repair (e.g. fair phone), alternative ownership schemes (e.g. car sharing), extending lifetime of products (e.g. re-selling of goods) or using residual flows (e.g. urban mining). In all these cases the activities aim to adding instead of depleting value and strive for positive instead of preventing negative impact.

[2] Swilling, M. & Hajer, M. 2016. The Future of the City and the Next Economy. International Architecture Biennale Rotterdam, The Next Economy Catalogue. Rotterdam.

[4] This metaphor was coined by our colleagues Spork, Lodder & Roorda in an essay on circular economy. 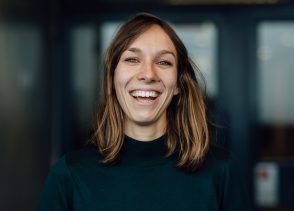