The questions above and other topics of interest were discussed by a group of entrepreneurs, activists and researchers working in the collaborative and sharing economy in the Netherlands during a day-long workshop in Rotterdam on the 8th of June 2017 under the auspices of the Social Innovation Community.

While the new economy might take many forms, the participants converged on two issues: it will include the digital and it will focus on interpersonal values and human needs. To make the economy greener, more social and human in the long run, we need powerful and widespread narratives that speak to a large audience, including those who will be affected by a new economic paradigm. Where social innovators and entrepreneurs build alternative realities on the ground, researchers offer a space for reflection. Realizing a new economy thus requires new roles and practices from all actors in society and implies a fundamental change in all sectors, including academia.

New economy narratives
To understand our contemporary society and the direction we are heading, we must shortly look back in time to see where we are coming from. The current neo-liberal economic system, considered unsustainable by a growing group of people, became a successful dominant narrative after the Second World War and has brought us many benefits such as overall improved living conditions, more personal freedom and efficiency. As the world’s population grows and more people move to cities, our ecosystem is under increasing pressure and this is when many also start see the downside of the current dominant economic paradigm.

Think about for example rising inequalities between the haves and have-nots, depleting resources, overall financialization of our economy and commodification of lives. Such global challenges manifest locally, which is where activists, entrepreneurs, policymakers and researchers engage in actions aimed at showing that alternative ideas, practices and social relations are possible and viable.

In the research project TRANSIT (which develops a theory about transformative social innovation) four narratives were identified explaining how these social innovations think our economy should look like if we want to realize a better future (see this paper or this blogpost). Each narrative offers a counter perspective to our current dominant economy and identifies different actors who drive the change. In reality these four narratives are not so separated but rather combined and interlinked.

Social entrepreneurs combine commercial means with social goals. Profit is made, but it is not the primary driver of the entrepreneur, the goal is to achieve social impact. (If you are interested you can have a look at social innovation networks like the Impact Hub or Ashoka).

The narrative of a green economy through degrowth and relocalization emphasizes that infinite growth is not possible in a world of finite resources. Instead of focusing on continuous expansion the green economy is oriented towards lower material production and consumption. Alternative economic models are proposed such as a zero-carbon economy or a circular economy. In this narrative it is the community that drives change. (Examples of green economy social innovation are transition towns or ecovillages).

In its essence the collaborative economy is about new forms of networked production and consumption that bring people together in new ways. This development is taking place facilitated by new forms of technology, without intermediaries and often outside existing markets or institutional structures (you might have heard about FabLabs or Hackerspaces already).

This narrative is based in a strong anti-capitalist ethic and attempts to include those in decision making processes and the economic activities that are usually excluded. This focus on building economic solidarity is a core aspect of this approach and can be seen as a tool that helps prioritize collective needs over individual needs. Political institutions are the enablers of change in this narrative (examples are participatory budgeting, basic income and timebanks).

Focusing on the digitalization of the economy
The participants of the workshop directed the discussion towards the digital economy as a missing narrative and how the digital age reconfigures not only our economy but our society as a whole. Digitalization is an enabler of all new economy narratives. However a digital economy also foregrounds issues such as its relation with democracy. In a digital economy, data becomes the most valuable resource. Clear regulation of who owns data, how data can be (ethically) used and how benefits of data use can be distributed over society are still lacking. Data now becomes a key determiner of power for and against communities.

These concerns are generally shared and another participant emphasized that a democratic challenge is not only related to digitalization. As capitalism is largely integrated in our state and government, and even in our personal identity, we should talk about a post-democracy if we want to talk about post-capitalism. We are maybe not so aware of it, but our whole context is designed in such a way that we are persuaded to consume and own goods. We are even told that if we don’t consume, our economy will collapse. Success rates of countries are valued in monetary terms (like the GDP) rather than in humanized indicators. This has already led to the introduction of a different indicator: the gross happiness index. It is opposing our monetary measurements and participants liked it very much, seeing it as an indicator of how the economic paradigm starts to change.

Logics are challenged in a new economy
The discussion about a digital economy shows us that the (power)relations between actors change.  The participants assumed that the market would become more dominant as the main owner and user of data, while the state and community would only have a small say in the use of the data. In changing the relations between multiple actors and across sectors and institutions, social innovations challenge the logics between them: formal versus informal, public versus private and for profit versus nonprofit (you can read more about this in this paper by Flor Avelino and Julia Wittmayer about shifting power relations.

This also means that in changing the economy, we also need to change current practices and institutions that follow the different sector logics. In the example of the digital economy participants mentioned that a change in our tax system and democracy would be required and we would need to think about new rules regarding the privacy of individuals where the data originates.

If we look at the community and individual level, like when we share our car or open up our bedroom to others, the renewal of social relations is accompanied by a re-valuation of relational values and principles such as trust, reciprocity, equality, collectiveness, transparency, solidarity.

As the different sector logics are not black and white, the boundaries between them are blurring, shifting and they are being renegotiated by social innovations. Social entrepreneurs for example, often challenge the distinction between for-profit and non-profit by combining for profit entrepreneurship with non-profit societal goals. Avelino and Wittmayer also explain how individual roles are constructed by the sector logic the individual takes part in. When the logic is changing, also the role is changing. A social entrepreneur for example, is a newly constructed role originating from the market logic but operates on the boundary of for-profit/non-profit. This has even led to a new sector logic ‘not-for-profit’.

Imagining a new economy also means imagining a new science sector
Solving societal issues and imagining and building an alternative future together, we need to work together with many different stakeholders. We hear about the triple or quadruple helix or transdisciplinary or multidisciplinary practices to show the connection and interconnectedness between different sectors and disciplines. We choose to speak about transformative research.

Transformative research is focused on systemic change for a more sustainable society and includes practitioners, policy-makers or community actors in the research process to create conceptual and actionable knowledge (if you want to learn more about transformative research I can recommend reading the reports by Julia Wittmayer and Katharina Hölscher). Therefore one of the aims of the workshop was to discuss how research and practice can interact better to increase their collective impact. Insights that emerged focused mainly on the existing and potential roles research can have in social innovation practice and on the need for changes in the science system.

The participants of the workshop appreciated the workshop as a space for reflection. According to them researchers have a broader perspective on what the practitioners are working on, and they can relate it to broader developments that are taking place in society. This can help practitioners to legitimize certain decisions they make and they find it valuable if their lessons learned are systematically collected.

At the same time more fundamental questions were asked as well. Why would one want to separate practice and research in the first place and use these labels? A more fruitful path could be to focus on an individuals’ talents and to also see that science can be entrepreneurial and that an entrepreneur is also a researcher as s/he investigates the market and societal needs to develop their service. A general agreement concerned the fact that entrepreneurs and researchers ultimately share a common goal that of trying to make life better – although they use different means. Also the common understanding of what counts as science and who counts as a scientists was challenged: in how far is this confined to universities and their employees?

Finally, the need for a change in the science system was put on the agenda. Its current focus on publishing (“publish or perish”), the running of universities as profit-driven knowledge producing organizations and the hunt for the next grants have been criticized.

Change does not happen overnight
This one day workshop covered many topics about how we, different actors in society, work on a more sustainable future. For all participants it was empowering to see that they are not alone in their struggles to drive social change and that a one day workshop with a different setting than the day-to-day business can be a valuable moment for reflection. While there was lots of energy and new perspectives on our social innovation practices emerged, we also observed that the current order shaping our lives has years of roots.

Thus, transformative change will not happen overnight. We need to persevere, choose our battles, continue working as activists and build partnerships. Of course there are many more topics to address and explore further, such as new business models, the co-existence of old and new economic narratives or how a new economy affects the global north and south. 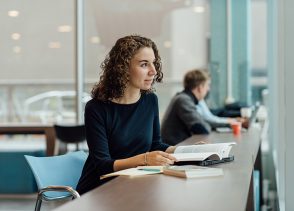