Policymakers and scientists are increasingly focusing on citizen science: when (extra)ordinary citizens participate in scientific research. Citizen science carries the potential to democratize science and offers various benefits to policymakers, as the general public is capable of important contributions to the fight against sustainability problems like pollution, loss of biodiversity or health issues. In the run-up to our European series of policy masterclasses on the subject as part of the ACTION program, this article highlights three examples of how citizen science contributes to policy processes in sustainability transitions.

Citizen what?
Before we dive into the policy examples, let’s figure out what we’re talking about. Citizen science can be considered a social practice of “ordinary” people interacting and collaborating with “professional” scientists. A well-known example is the involvement of citizens in the collection of data, for example by counting and identifying birds in their own backyards. However, citizens can also be responsible for other steps in the research process, such as analyzing data (see the Search for Extraterrestrial Life at Home) or ultimately, when citizens themselves are in the lead, in identifying the research question and the other steps (see the Public Laboratory for Open Technology and Science). And citizen science can also provide answers to policy challenges on different levels, as shown by these three examples:

Local: Cleaner air + increased policy acceptance
In 2014, the municipality of Rotterdam saw the start of the project Stadslab Luchtkwaliteit started in 2014, after a local councillor was tasked with improving the air quality, as certain norms had been exceeded. The Stadslab acted as an intermediary between citizens and the municipality, measured the air quality with two sensors, and organised events to interpret and visualize the data. In doing so, they became a knowledge partner for the municipality on the issue. The project helped to improve the local air quality measurement, but also fostered acceptance of new policies and empowered citizens. The project was even followed up by the regional environmental protection agency (DCMR) with independent new projects on citizen science.

Regional: High-quality data + better political dialogue
The project Hollandse Luchten started in 2018 in the province North-Holland to gain better insights into the air quality in areas that need it, for example around the Tata Steel factory. The authorities wanted to collect better data but also aimed to bridge the gap between themselves and the general public (including several activist groups). So the project developed a cross-collaboration between private companies, residents’ organisations, the province and municipalities. Scientific institutes like the National Institute for Public Health and Environment (RIVM) and Waag Society were also involved to ensure data quality. The project is still ongoing, but is already good results and a more effective political dialogue.

Global: A wider reach + contributing to SDGs
Citizen science also plays an important role on a global scale. The citizen science project eBird allows anyone in the world to upload their bird sightings to an online platform, with over a 100 million bird entries uploaded and shared per year. The project facilitates global monitoring of species and their status, which directly informs the red list of threatened species from the International Union for Conservation (IUCN), benefiting conservation action and policy decisions. The eBird project demonstrates the reach and the scope of monitoring that can happen through citizen science, which would not have been possible or affordable with traditional means of data collection. It also shows how citizen science can contribute to the Sustainable Development Goals (SDGs), as the Red list is linked to SDG goal 15.5.1.

These three examples illustrate the range of how citizen can benefit different kinds of policy, be it local, regional or global. It can provide the opportunity to gather cost-effective data and knowledge, but also increases the capacity of citizens to self-organize and supports the acceptance of new policies. 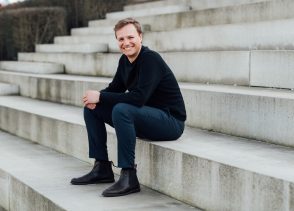