This March, members of the unique ECOLISE-network gathered for the general assembly in Luxemburg, to hear voices, needs and resources of the member organizations in order to design and plan steps forward. DRIFTer Ilonka Marselis reflects on this inspiring event.

Community-led initiatives are explicitly self-organizing, place-based, holistically-oriented, ethically grounded and rooted in open-ended processes of collective learning. These initiatives are therefore significant not only for their CO2 reductions, but also for awareness raising, social cohesion, the creation of local livelihoods, retention of wealth in local economies and the feeling of empowerment that citizens experience by working together for change. They are identified as centers of experimentation and innovation.

By bundling the voices of already existing community-led initiative networks, ECOLISE aims to enable cross-pollination between different movements and between research, education and practitioners. On top of this, ECOLISE is working to create a dialogue on the development of a European policy framework that recognizes the multiple benefits of the initiatives that actively engage citizens in finding local solutions to global problems.

The meeting was facilitated using many practices from community-led actions such as elements from sociocracy, story telling and visualization. This made de meetings energizing rather than draining and created bonds between people, further enabling cross-pollination of the member organizations.

Key insights
On the second day the general assembly was split into six break-out teams to explore the different aspects to the network. DRIFTer Ilonka Marselis joined the break-out team on knowledge and learning, led by Markus Molz. One core pillar of ECOLISE is to enhance exchange of knowledge and experience in the network through education and research. In the break-out session the existing resources in the network were explored (which were plentiful!) as well as the needs of the separate members and the vision this could result into.

Key insights were the key-role ECOLISE can have in making the existing knowledge, databases, research and experiences easily and effectively accessible for all members of the network. In addition, ECOLISE could play a central role in helping to establish research projects or educational courses with joined consortia of network members, sparked by the current inability to reach the right organizations or people in organizations to set up research projects or courses. This relates to the importance ECOLISE has for DRIFT as a research institute. For DRIFT, a network like ECOLISE is very important in making sure our research results and findings reach the community-led initiatives in order to support their growth. Also, new research collaborations can be facilitated on topics of interest and need to local community-led initiatives.

Relevance of ECOLISE
At his key-note talk, Ross Jackson, founder of GAIA Trust and member of ECOLISE, emphasized the relevance of community-led initiatives in offering a new, compelling story. A story to compete with the dominant and appealing story of neoliberalism. Only when a good alternative is offered can change accelerate. In addition, Ross highlighted the importance of the borderline between municipalities and grass roots initiatives. Noting that this is the place where creativity and change have a high potential to occur and should be the focus of ECOLISE’s efforts. In his final address, president Robert Hall celebrated that ECOLISE is growing and ready to lift the voices of grassroots movements to a European level and strengthen these movements. This offers a bright prospect for a future in which ECOLISE can continue to support organizations engaged in promoting and supporting local communities across Europe in their efforts to build pathways to a sustainable future. DRIFT is happy and proud to be a member of this boundary breaking network and its ambitions for increasing the strength and impact of community-led initiatives in Europe.

Are you a community-led initiative or network? Don’t hesitate to contact ECOLISE and see what they can mean for you – or take a look at the open invitation to participate in European day of sustainable communities on September 22. 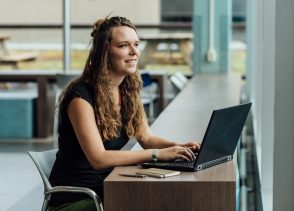