New approaches to knowledge creation, blurring the alleged boundaries between science and society, bear the potential to democratize knowledge production while adressing societal challenges. In this blog, one of these approaches is highlighted: citizen science. What is citizen science exactly? And what is its role in sustainability transitions? Julia Wittmayer and Annelli Janssen share some first thoughts.

In response to the ever more pressing call for societal relevance of scientific knowledge, approaches to knowledge creation that blur the alleged boundaries between science and society are increasingly being put on the agenda and gain legitimacy. These approaches include transdisciplinary research, action research, citizen science, living labs or transition arenas – some of which we have introduced before. What makes these approaches especially relevant for sustainability transitions research is that they have the potential to democratize knowledge production while addressing pressing societal challenges.

In this blog, we would like to zoom in on citizen science, which is defined by the White Paper on Citizen Science as follows: “general public engagement in scientific research activities when citizens actively contribute to science either with their intellectual effort or surrounding knowledge or with their tools and resources”. Concretely, this includes activities ranging from measuring air pollution in your neighbourhood (e.g. Urban AirQ initiative in Amsterdam) or close to farms (e.g. Boeren en Buren initiative of the Dutch National Institute for Public Health and Environment), to discovering new planets by inspecting telescope images on Exoplanet Explorers.

Increasing citizen involvement in knowledge production
For a long time, citizen scientists have mainly been involved in data collection. However, increasingly they are gaining a stronger stance and are involved in a whole range of research activities, such as analysing data, or formulating research problems and questions. Interestingly, citizen science covers a lot of ground – it can be driven by researchers but also by citizens who are concerned about the air quality in their home town, it can take place online or offline or any combination of those and as a consequence be very local or covering global ground. Citizen science activities can involve amateurs as well as professionals and can be incidental, but also concern permanent measurements. Good places to start are platforms like Zooniverse.org or Scistarter.org that bring citizen scientists and researchers together.

Democratizing knowledge production
Taking this emerging understanding of citizen science seriously means that it can be considered an alternative approach towards knowledge production – one that addresses the challenges of the current science system especially what concerns the production of societally relevant knowledge but possibly also regarding the integration of natural and social sciences (see Pahl-Wostl et al. 2013). Being situated at the practice-policy-science interface and at best defying the traditional assumptions that science and society are separated, it directly features citizens in various ways and activities of the research process. In doing so, it enlarges the peer-review community and increases the legitimacy of findings for all those involved. As such it holds a promise in helping to address the eroding public trust in science along with the post-truth crisis. Andrea Saltelli and colleagues make interesting observations in this regard – see this book, or in form of a presentation or this podcast. In sum, citizen science potentially has an important role in democratizing the knowledge production process.

Becoming smart citizens?
Whether or not current information and communication technologies have democratizing effects are hotly debated. In his manifesto for smart citizens, Dan Hill asserts that “citizens can, and should, play a leading role in conceiving, designing, building, maintaining our cities of the future” but also provides warnings against the creation of the “passive consumer”. Focusing on the potential of this digitalisation trend – which can only be realized when data is openly shared and available: it can provide citizens with both the information and the means to act on them in a way that furthers their own and the collective good. Through working in multi-stakeholder teams, such smart citizens or citizen scientists are influencing their environment. In the Making Sense project in Amsterdam, citizens measured the air quality in their neighbourhood with open-source software and hardware. The project showcases how the use of digital tools in a bottom-up scientific process can enhance citizens’ understanding of their environment.

#ACTION4CS
To our knowledge, there has not been any substantial engagement with citizen science from a sustainability transitions perspective. However, considering the potential of citizen science for democratizing science and decision making regarding the environment and the places we inhabit, it seems to be a promising avenue to further explore. In the coming years, we hope to investigate to which extent these first thoughts about the role that citizen science can play in sustainability transitions hold true. We will do so in the context of the EU-funded ACTION project #action4cs. This project aims to make citizen science more participatory, inclusive and citizen-led – and focuses on citizen science projects, organisations and initiatives related to pollution.

The project starts off with six citizen science initiatives including a wide diversity of pollution related issues. The Dutch Butterfly Association for example focuses on identifying the prevalence of dragonflies in relation to the level of specific pesticides. Another example is the Loss of the Night app, which helps to map and analyse the artificial brightening of the night sky. It does so by helping citizen scientists to record how many stars they can see as a proxy to how bright the night sky is. In the course of the project we will have open calls for another 10 citizen science projects to join our team and to receive financial support as well as support for community building and digital infrastructures. The first call will open during the summer 2019 – stay tuned. 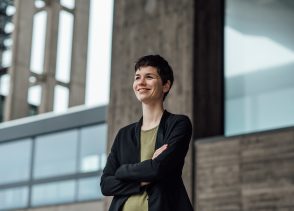