During the ARTS project a multidisciplinary team of top research experts located in 10 European countries investigated how cities can accelerate the transition to sustainability. They collaborated with local citizens, community workers, entrepreneurs, artists and policy makers and translated some of the most important findings into a change maker’s guide to fast forward urban sustainability.

The book ‘Change the World, City by City’ takes readers on a city trip to the city of the future. It pays tribute to the change makers that are already fully engaged in making their city future-fit and it shares the keys to success. The book zooms in on urban transition initiatives, local responses to the global problems and pockets of the future that you can visit in the present. The authors highlight 25 of such initiatives and the ways that they are contributing to speeding up benevolent and meaningful change in 5 European cities. It also describes 5 scientifically underpinned mechanisms for acceleration and shares 10 key insights to support local change makers in fast forwarding sustainability locally.

‘The future is in our hands. Numerous cities set a good example, and show that sustainability is more than a buzzword for tree huggers. Innovation and sustainable city policy starts with us.’

‘Change the world city by city’ is a handbook and inspiration book, for policymakers and citizens. The book is the result of a collaborative effort of VITO, Studio Transitio and the core research team of ARTS. All revenue raised will be donated to Kom Op Tegen Kanker, a Belgian non-governmental organisation that supports cancer patients and strives for a healthy environment.

The book shows that together, we can change the world, city by city. This is no utopia. It is already happening.

Leen Gorissen is an Innovation Biologist and Sustainability Transitions Expert. She is the founder of Studio Transitio and collaborator of nexxworks and regenerators. Previously she was Transition Research Coordinator at VITO.

Erika Meynaerts is a Commercial Engineer and Researcher at VITO/EnergyVille, a collaboration between the Flemish research partners KU Leuven, VITO, imec and UHasselt, in the field of sustainable energy and intelligent energy systems.

Read more
You can view and order your copy here. 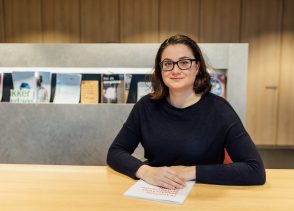