On March 15th, citizens, scientists, and civil society actors from all over Europe gathered in Brussels at the European Economic and Social Committee (EESC) for a workshop on Responsible Energy Practices. Together they worked on developing a future roadmap for prosumerism, heating and cooling, and low-carbon mobility in Europe.

The workshop on Responsible Energy Practices was the third, and final, in a workshop series organized by the ENABLE.EU research project consortium on the future of the energy transition and the transformation towards a low-carbon economy. It brought together a group of frontrunner citizens, and citizens new to the subject, energy experts, and civil society representatives from all over Europe. DRIFT-er Sem Oxenaar participated to learn about the ENABLE.EU insights for DRIFT’s work in the PROSEU project where one of our interests is the role of prosumer citizens and initiatives in the energy transition.

The opening speech by the president of the EESC, Jean Pierre Coulon, underlined not only the urgency of active citizen involvement, but also stressed the current window of opportunity: “With the European elections coming up it is crucial to let the people that will be arriving into the institutions know how citizens and civil society think about this issue”. Although an ambitious goal for a workshop, the message of more support for active citizens in the energy transition definitely deserves to be heard by incoming commissioners. Let’s hope the vibrant youth climate March that coincidentally took place during the same day at least drew their attention.

Over the course of the day two interactive sessions took place to first reflect on a set of actions on how to support citizen activities in energy production, saving, efficiency, and sustainable mobility. The set of actions were based on input by citizens and included a wide range of measures going from methods for tenants to become prosumers to improving charging infrastructure for electric vehicles. The second session was used to prioritize the different kinds of action – looking at what actions should be taken when – and translate them in a roadmap for realizing an Energy Union in which citizens take a prime role. Although many different actions were discussed during the sessions on production (prosumerism), consumption, and mobility, and with significant difference between countries, in the end the frontrunner citizens identified education for young people, communication to households, and financial support for, especially poorer, households as the most critical categories of actions to be taken.

All in all the workshops provided interesting insights in what citizens, and households, themselves see as the most important actions to support their peers becoming active in the energy transition. Although quite a few of the points raised during the sessions were already on the radar of energy experts the message to policymakers is more powerful when coming directly from citizens.

Different from ENABLE.EU project, PROSEU is not focusing not on individual citizens and households but on collective prosumer initiatives. However, actions that support households can indirectly also support collective initiatives, for example, when more households become aware of, of engage in, prosumerism, they might also become more interested in joining an energy cooperative or another local energy initiative. Given that the PROSEU project also aims to deliver a roadmap and influence (European) policy to help mainstream prosumerism it is good to see how other projects go about doing this. One take away from the workshop in this area is to also include mobility when discussing a road map on prosumerism, given the important links between electric mobility and local energy production.

Curious about the results of the workshop and the roadmap to realizing the scenario of high citizen engagement in the Energy Union? Take a look at the ENABLE.EU website.

And do you want to learn more about the PROSEU Project? Visit the project page to find out more! 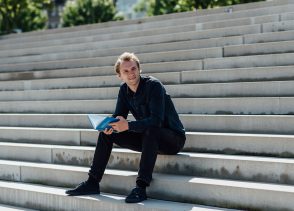