The energy transition buzzes through office halls from nine to five, nine to nine, nine to ten – then stops, before dissipating into the air of our tired train home. A battle that concerns all, but fought during office hours by a select few.

According to the Dutch climate agreement, we are to stretch this battlefield across the doorsteps of many, as citizens and a variety of sectors are to play a part.

‘If the energy transition is a book we’re all supposed to read, it is surely very poorly written.’

Unfortunately, the invitation couldn’t be less enticing: jargonistic language, and a storyline so confusing that scientists have mysteriously dubbed the whole thing a “complex system”. In sum: if the energy transition is a book we’re all supposed to read, it is surely very poorly written.

‘How do we turn the energy transition into a bestseller?’

Amidst chaos and confusion, language is key. With the transition aiming to mobilize the masses, it is in desperate need of a better story. Thus, I wonder: how do we turn the energy transition into a bestseller? 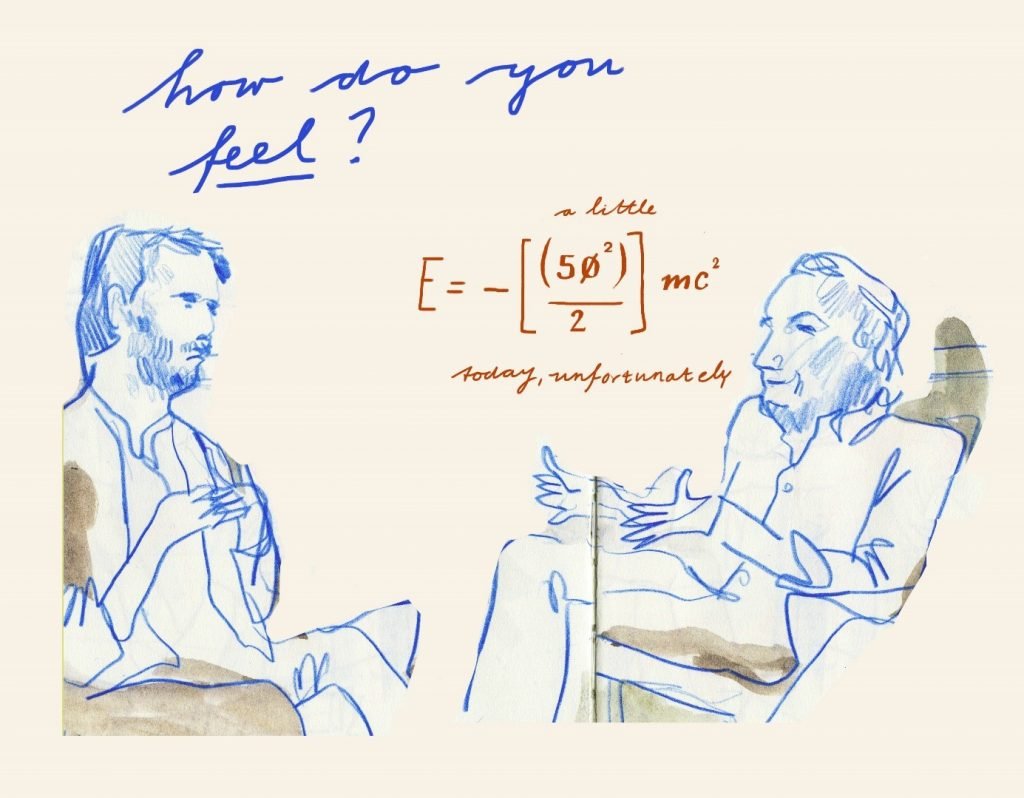 Step 1: Write an amazing recap
Renewable energy, carbon tax, feed-in tariffs, energy storage: all new characters of a Netflix show of which you might have missed the first five seasons. No wonder you can’t connect to the energy transition – you haven’t met its characters, their backstories and secret longings.

Meet Renewable Energy for instance, the Achilles of our story, whose vulnerable heel is its quivering sense of loyalty. He pops up whenever he so wishes, leaving us desperate for electricity at unexpected hours.

‘Renewable energy, carbon tax, feed-in tariffs, energy storage: all new characters of a Netflix show of which you might have missed the first five seasons.’

Moving on in our cast, meet Carbon Tax: a child star who disappeared from the public eye after its parents underwent a difficult divorce, which was increasingly about the parents (“you don’t get to touch my coal industry!”) and less about the kid (“all I want is a fair price”).

Wandering in the wings of our play, dwells Energy Storage: an eager but unfortunate amateur awkwardly playing the lead whenever Renewable Energy’s unpredictable nature leaves its fellow cast members desperate for a replacement.

‘Meet Carbon Tax: a child star who disappeared from the public eye after its parents underwent a difficult divorce.’

The energy transition is filled with intrigue Shakespeare wouldn’t shy away from. However, it is lost in language no one can relate to. With decentralization high on the political agenda, it’s time we start writing this story for an audience of ignorance. Were they on a break? And what’s this white walker business all about? Who knows? Let’s recap.

Step 2: Open the doors to the book store
Imagine walking into a bookstore on a dreary Sunday afternoon. You’re quite in the mood to enlighten yourself with the latest hit in energy land, but after some thorough browsing find yourself empty handed. “Sorry,” the clerk explains apologetically, “I’m afraid energy literature is in the closed book section.” Then quickly adding, beaming: “do you wish to pay 199,- for a three month membership?”

‘I’m afraid energy literature is in the closed book section.’

This anecdote might seem bizarre, but is reality in the world of energy news.

Meet Energeia: as part of the Dutch financial newspaper, this journalism platform informs its readers with energy news on a daily basis. If we are to believe former politician Ed Nijpels, it is a “must for any energy professional.” With a 3-month membership adding to a staggering €199,-, I daresay it surely doesn’t cater beyond this “professional” audience.

Luckily, platforms such as HIER opgewekt and Amsterdam 02025 turn to an audience of civilians and initiatives, and ensure they have a place to learn.

Step 3: Tell the whole story
While technicians beg for bigger turbines, social scientists seek the crux of this transition in a different realm.

Imagine a world where wind turbines are rebelled against, electricity consumption levels stagger to enormous levels, and energy storage remains a fleeting construct without a place in our institutional world.

‘For this thing to work, we need innovation beyond technology.’

Too often, engineering plays the lead in a story which encompasses so much more. For this thing to work, we need innovation beyond technology. Coincidentally, this is exactly how I like to define ‘social innovation’ at parties.

Social innovation in the energy transition encompasses citizens uniting in cooperatives to invest in solar energy, grid operators working together with communities to facilitate a stable supply of electricity, and users adjusting their consumption hours to account for renewable energy’s intermittent nature.

‘If we are to write a bestseller, let’s write one that tells the whole story.’ 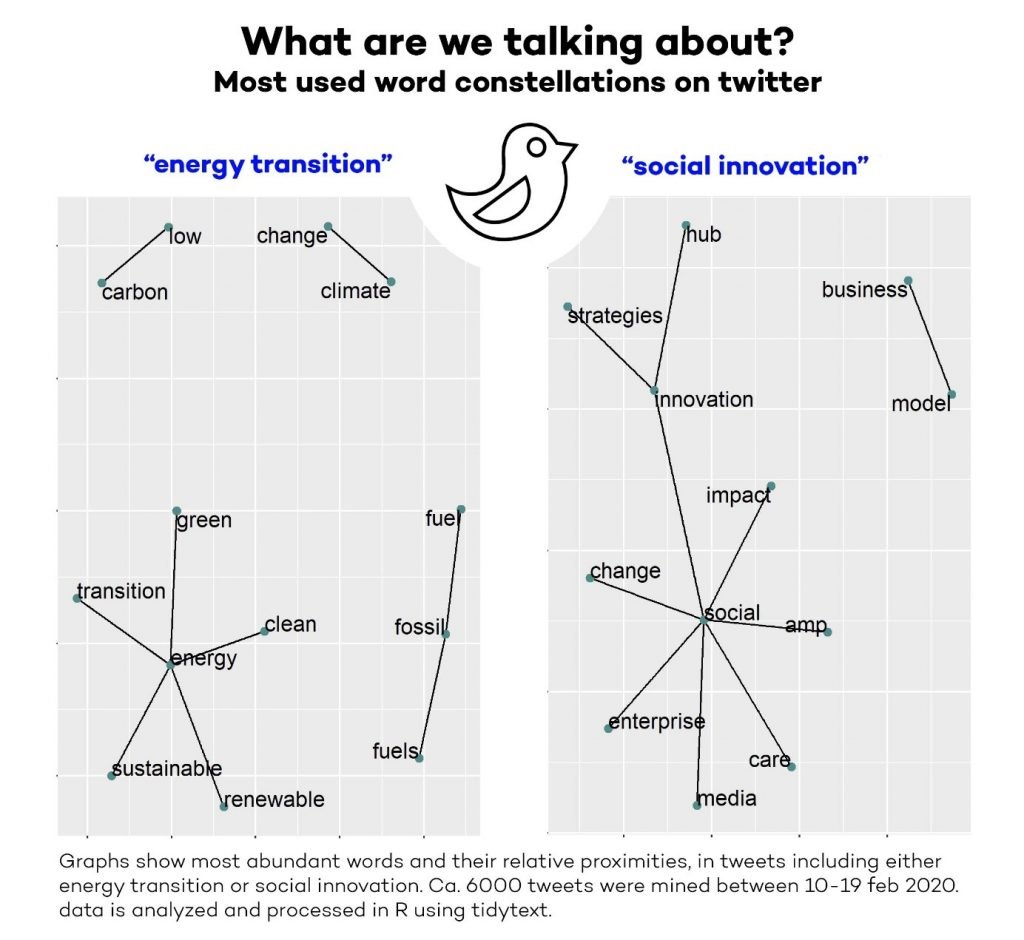 To fight the system, let’s start with its language
The battlefield of the energy transition is increasingly stretching beyond office hours, as citizens and a multitude of sectors are tread on its complexity.

‘But how can they engage with it, when its story is so uninviting?’

With climate change tugging on our coats, knocking on our doors, and raising its voice, it’s time we start writing the page-turner this transition requires.

If we can’t fight the system, let’s at least fight the story. And then, who knows? Perhaps we’ll write a bestseller while we’re at it.

Maria Fraaije is a researcher for EU-sponsored projects SONNET and PROSEU, where she analyzes social innovation in the energy transition.